Are you ready to kick, punch, knee and elbow your way to the best shape of your life?

Known for its fun & high intensity workouts and effective self defense techniques, Muay Thai Kickboxing has become one of the most popular forms of fitness in the world! By incorporating both upper and lower body striking, Muay Thai Kickboxing will work out every inch and hit every angle of the body!

Muay Thai is known as the “art of eight limbs”, utilizing fists, elbows, knees and shins to overcome opponents. 1MR incorporates the principles of Muay Thai in a safe fitness environment.


Here’s what to expect at 1MR Muay Thai Kickboxing classes:


1MR One More Round locations follow a comprehensive Muay Thai Kickboxing curriculum to ensure maximum engagement and progression. Students learn in a safe fitness environment and receive personalized feedback while working in a team with a highly-skilled instructor. 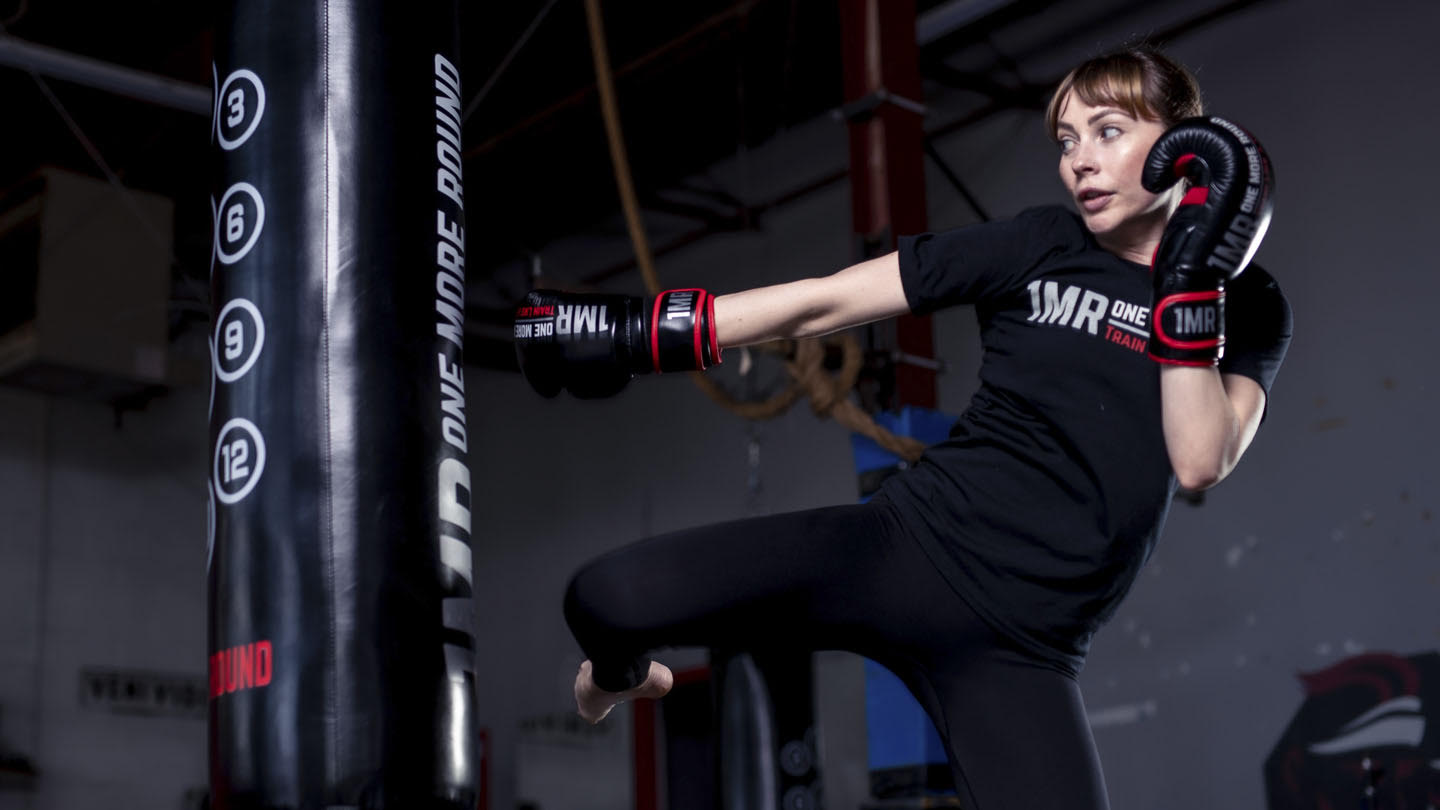 WHETHER YOU ARE A BEGINNER OR A VETERAN – WE HAVE A MUAY THAI CLASS FOR YOU!

Be part of a Community

Known as the art of 8 limbs, Muay Thai Kickboxing is one of the oldest Martial Arts dating over 2500 years! Translating to “Practical Fighting Art of Thai People” Muay Thai Kickboxing also known as Thai Boxing is the national sport of Thailand. Known as the art of 8 limbs, a Muay Thai practitioner uses their fists, elbows, knees, and kicks as weapons. Muay Thai also has an upper body grappling aspect known as “clinching” being the only “striking” art that also incorporates elements of grappling. While Muay Thai is still rather new to North America, it has exploded in popularity as means of fitness. Known for its powerful weapons and strong emphasis on fitness and physical conditioning, Muay Thai Kickboxing has become one of the most popular workouts around!

Kickboxing is a broad term which refers to any martial art that uses both punching and kicking in combat. Ranging from Karate to Savate (French kickboxing), to Muay Thai (Thai Kickboxing) different styles are practiced around the world. Kickboxing was popularized in North America in the 1980s and early 90s with the release of the Jean Claude Van Dam Movie, The Kickboxer and the legendary K1 Fight promotion out of Japan. K1 featured athletes of different kickboxing styles and exposed the world to the cultural variations and intricacies of Kickboxing. At One More Round, we incorporate elements of all styles of kickboxing to ensure the most effective workout and technique!