What is Muay Thai and How is it Different from Kickboxing

Vaughan Boxing Gym: 7 Things to Look for in a Boxing Gym in Vaughan

What is Muay Thai and How is it Different from Kickboxing 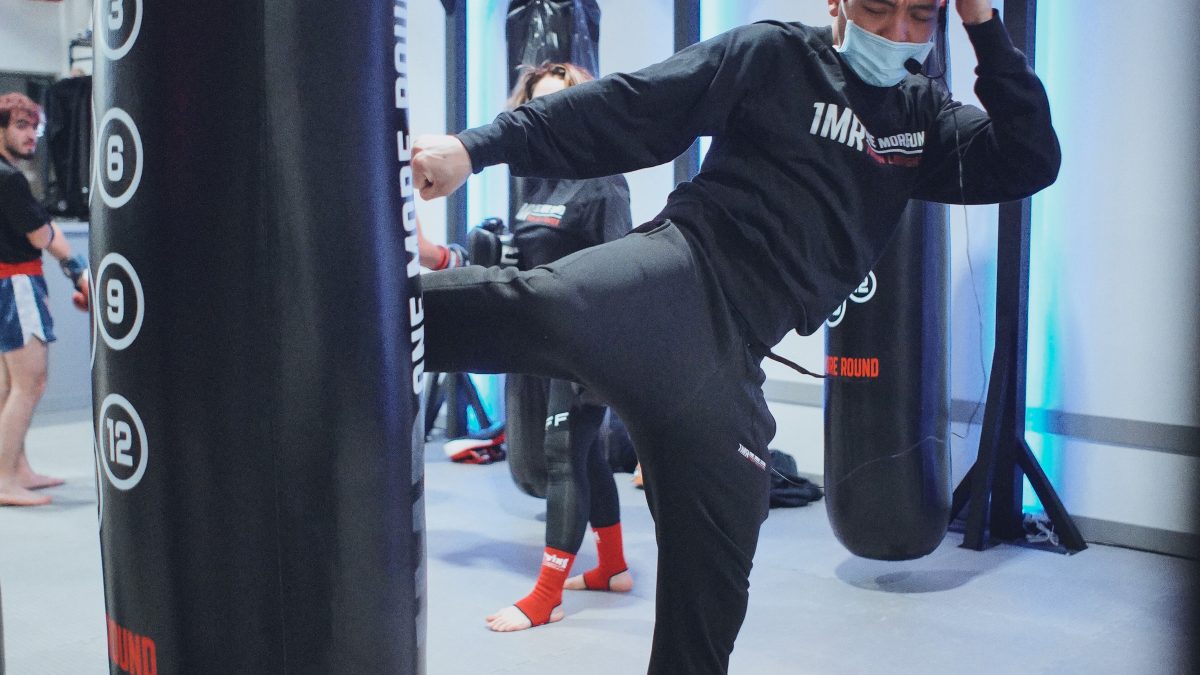 Kickboxing: This is a general term that often refers to any martial art which incorporates punching and kicking in a ring style setting. Kickboxing practitioners can come from a variety of different martial arts styles including tae kwon do, karate, kung fu etc. and combine this with boxing to create a style of kickboxing. In a sport setting there different types of kickboxing including traditional Kickboxing (no kicks above the waist), Low Kick (kicks below the waist allowed), and K1 (low kicks and knees allowed, and one strike from the clinch). Without getting in to too much detail, kickboxing refers to any style of martial art which incorporates both punching and kicking.

What is Muay Thai:

Muay Thai has recently become one of the most popular forms of kickboxing, for both fitness and in the ring. Muay Thai which translates to “Thai Practical Fighting Art” is also known as Thai Boxing or the art of 8 limbs. Muay Thai incorporates punches, elbows, kicks, knees and a unique style of upper body grappling called clinching.

Why train Muay Thai for Fitness:

Muay Thai for fitness training has recently exploded in popularity. Due to all the variations of strikes from punches, to elbows, to kicks and knees, every part of the body is worked during this training. Using all of these different techniques on the heavy bags drives up the heart rate bringing the body in to its anaerobic state where it rapidly burns fat and improves endurance, exercise capacity and athletic conditioning. A typical 1 hour Muay Thai class will typically burn close to 900 calories for an adult male. 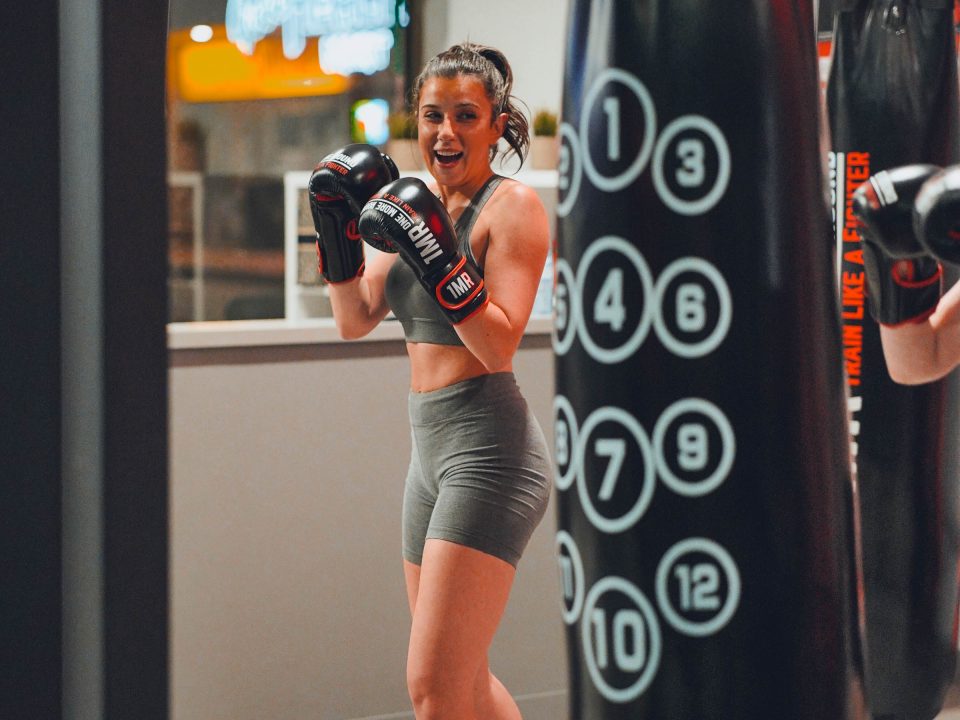 Member having fun in a 1MR One More Round BoxingClass

Women’s Boxing Classes: 7 Reasons Why Women Should Give Boxing a Try! 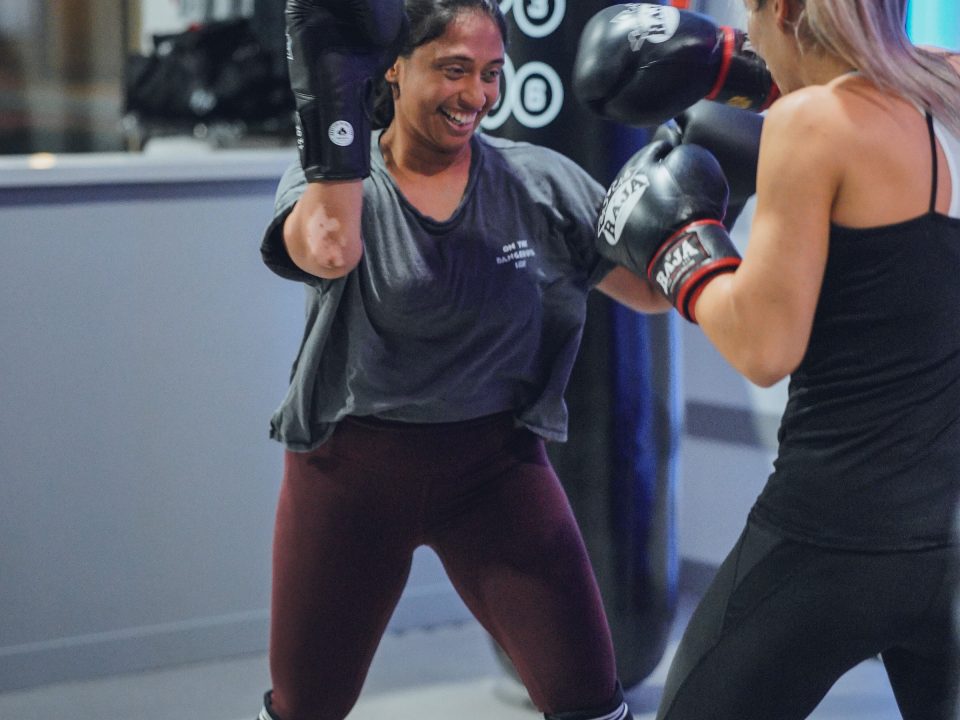 Boxing classes: The Funnest Workout Around! 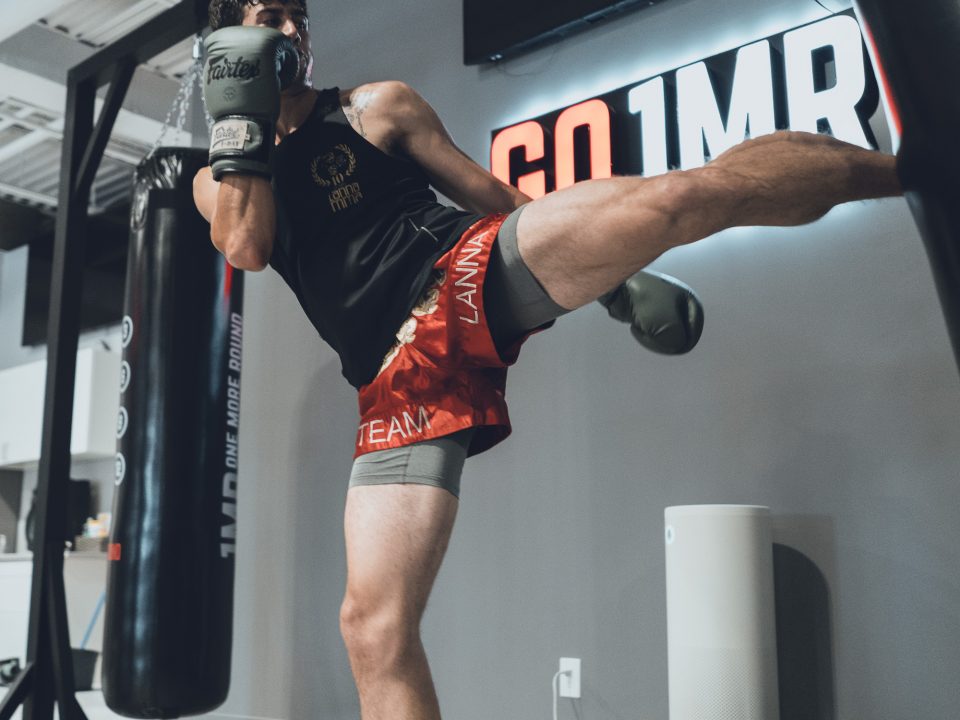 Thank you. Your Information has been submitted successfully. You can exit the page now.